We seek out schools and teachers who want to teach courses connected to Fábrica do Futuro’s essence. Courses that are able to capacitate people and companies based in our spaces and also those who are not, but want to develop towards entrepreneurship.

We are on a constant search for courses, workshops and lectures on the following subjects: 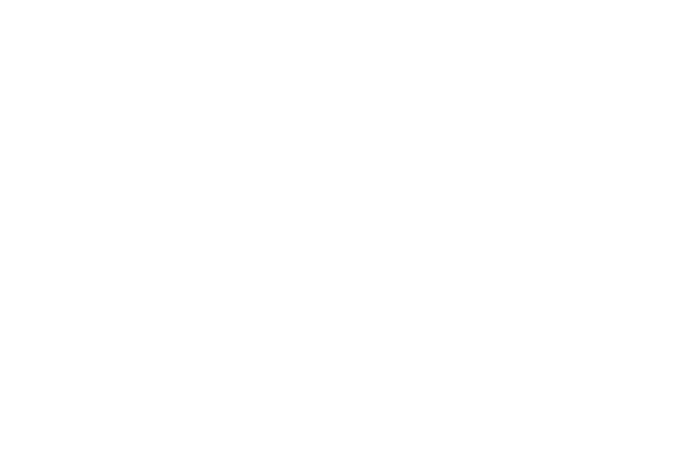 Fully equipped with a white board, a projector and a computer 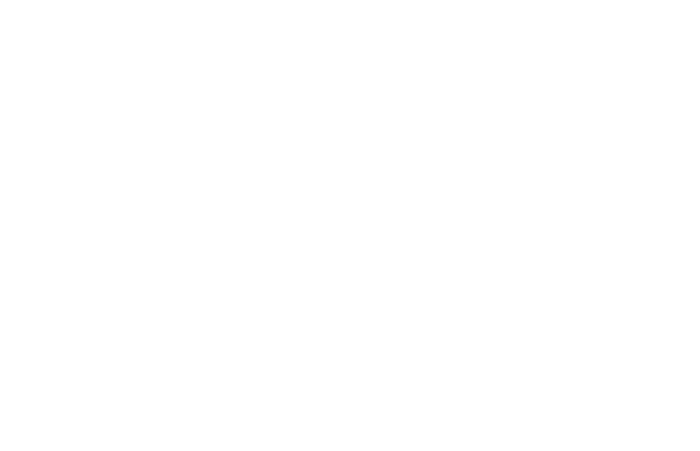 Fully equipped with a white board, a projector and a computer

Fully equipped with a white board and a projector

Free courses for the local community

The collaborators of companies based in Fábrica dedicate one hour a week to teaching short-duration classes for free geared toward our local community.

Leave us your e-mail and watch
our social media channels!

It doesn’t matter if you’ve been an entrepreneur for ten years or for a day as long as you believe you can elevate your potential as a technological innovator and go even further. Meet a team of professionals who shake up the global market and will make a difference on your business:

Head of Digital Strategy at Yummly

A true veteran in the digital video market with experience in entertainment. At the moment he works on Yummly (a subsidiary of WhilPool) helping brands, creators, advertisers and platforms who inform and entertain through engaging and ROI-oriented content. Past experiences include: VP at Spotify, VP at Huffpost, VP at Complex Media, Head of Programming and Development at Intel and Head of Development at Sony Pictures Entertainment.

President and Founder of Avenue Planet

Avid reader and art collector, Bruno is the founder and president of the AI experience hub Avenue Planet. He has 20+ years of experience in the media industry and deep experience on National Television as Founder and Director on Porto Canal, Content Director on Medialuso, Director at Palanca TV and CEO and Director at NTV, leading a team of over 500 hundred. Firm believer in making ideas into reality and getting technology into the hands of millions.

Currently working as Strategy Director of Kantar Consulting in London, developing the TMT client list in Europe and helping some of the world’s biggest brands to grow. Ex-CMO of Samsung Electronics, LATAM and ONLY Smart Buildings, a IoT technology company based in Portugal. Furthermore, he has worked at blue-chip companies such as Bosch Latin America and Ford of Europe, in product management, marketing and innovation roles. Carlos was also a consultant and active investor on London-based C2 Ventures. He got his bachelor’s in engineering in UNICAMP, in Brazil, and he got is MBA degree in INSEAD, in France.

College and grad-school professor covering Design, Fashion and Advertising. She is an experienced consultant in the fields of trend and market research, innovation, creative economy, communication planning and branding, having worked in advertising agencies, startups, university-based innovation labs and also on initiatives within the tertiary sector. After getting her master’s in Design, Clarissa is now studying for her PhD and is also a specialist on Strategic Design Management and coolhunting.

VP at A2D - Analog to Digital

Currently VP at A2D – Analog to Digital, where he works with big corporations on digital strategy and developing digital abilities. Startup tech advisor on the fields of strategy, fundraising and international expansion. Diogo has also been a Global Shaper for the World Economic Forum, an Independent Senior Investment Consultant for Portugal Ventures, co-founder at 360Imprimir and a Global Venture Developer for RocketInternet, besides being a visiting professor at Universidade Católica Portuguesa.

Designer with a master’s in fashion management. Fran has worked at various commercial brands (Trucco, Divinas Palabras, Elisa Amann), besides being a technical advisor and stylist. He teaches fashion at BAU and also acts as the art director for the university. For six years, Fran acted as commercial director for the Spanish designer Josep Font, and he’s still a fashion trend hunter today. He curates the music for the runway shows of the likes of Josep Font, Desigual and TCN, and occasionally even DJs at local events.

Founder and CEO at Rocket Chat

Founder and CEO at Rocket Chat. Manages one of the biggest open code communication platforms in the whole world, with over 10 million users. Before Rocket.Chat, Gabriel founded Konecty and worked as a Production Manager for Corporate Inovation and Mobile Applications at Vodafone Global Entreprise. His long-term vision for Rocket.Chat is to replace e-mail with a real-time federate communication platform.

With over 18 years of experience between agencies, brands and consulting, Hugo is deeply involved in the startup and VC world. He is currently the administrative director for the leadership team at Accenture Digital and Accenture itself, which is based in London. Merging business strategy, technology and design thinking, he runs a true internal and external transformation, ranging from challenging companies to multi-national ones, allowing them to surpass their competition. Hugo has been consistently inserted into startup and global companies to create new products and revenue influxes. Once described as an “energy self-generator who makes things happen”, he is also a speaker for AIBE and Blockchain Tech World.

Joel has over 20 years of experience in the creative media industry. He was design director and executive director when VICE Media UK was created, leading the successful release of many VICE media products, such as The Creator’s Project and i-D. Today he is the face of Master, an independent creative agency focusing on creative and technological services.

Ad Hoc Consultant for the Araucária Foundation, for the European Science Foundation and for the Brazilian Startup Association. Júlio César deals with themes regarding biotech, agtech and edtech companies. He has a PhD from UFRGS on Genetics and Molecular Biology and is also a speaker on the topic of “leadership for technological change”.

eCommerce & Digital Senior Consultant I Entrepreneur I Forbes 30 Under 30

With 8 years of accumulated experience in Fashion eCommerce, Lara has founded two fashion retail companies and lead multiple teams responsible for Tech, Operations and Marketings. She was also responsible for the release of many online sale platforms for the European market, for the development of stock-integration systems and for the implementation of retail logistics and operation. So far, Lara has been given many honors in her career, such as The Europas award for the best fashion startup in Europe, in 2016, and the Forbes: 30 under 30 award in the Retail & Commerce for the year 2018.

Teacher and Manager at Tecnosinos

Since her first job at the young age of 14, Luciana has developed innovation-oriented solutions for MPEs at SebraeRS, created the Innovation Ecosystem Mapping for the state of Rio Grande do Sul and organized the Entrepreneurship Hub at Festival da Transformação 2017. Currently she works as a Project Manager at the Tecnosinos Technological Park and as a college professor. Her background is in Computer Science, with an MBA in Communication and Information Technology Management, a master’s in Innovation/Strategic Design and an MIT certification in Business Dynamics.

Most people might call him maladjusted, but he prefers “revolutionary”. This Digitalks PT Speaker has spent 11 years working in the Competitive Intelligence field, and is currently a Managing Partner at Uberbrands and a Keynote Speaker at Thinking Heads. He has also worked as an Executive Council Member for Heineken Portugal, as a Leader for Global Competitive Intelligence Practices, as a Sales Director and Trade Marketing for Red Bull and, last but not least, as a Manager for the Ogilvy CI Excellence Center.

Currently the vice-president of the Keybox group, the Governor at the Soho Parish Primary School and Embassador at @lovefootball. Michael is mentor for MIT Portugal, Start Up Lisboa and The Lisbon Challenge, and also a founding member of the jury for the European Technology Culture competition. Last year, he worked on projects with great brand and institutions, such as PlayStation, Nike, XBox, MTV, Interbrew, BMW, Coca-Cola, SONAR, Red Bull, Nokia, Vice and ICA.

Founder and CEO at Me Salva!

CEO and founder at mesalva.com – one of the biggest impact educational platforms in the world, reaching over 20 million students every year with premium and free services. Miguel graduated in Industrial Engineering at UFRGS and then went on to study at Stanford and Columbia. In 2017, he was chosen as one of Forbes Brazil’s “30 Under 30”.

With over 20 years of experience working in the digital field in Brazil, Nino has acted on executive and academic projects in 30 different countries. His career as an executive and a consultant encompasses some of the biggest brands in the world, such as Toyota, NFL, Ericsson, Dow, Dupont, Johnson & Johnson, MDS Group, EDP, Ipiranga, Centrum, British Council, and, among others, the Brazilian Senate and Presidency. He has an Honours Bachelor’s in Journalism, a Master’s in Marketing and Strategy, a Postgraduate Degree in Marketing from the Chartered Institute of Marketing in the UK, a doctorate on Digital Media split between the University of Porto, in Portugal, and the University of Texas at Austin, in the US.

n his 15 years of experience, Nuno has worked at companies like MTV and Nike (Digital Global Manager), lead the global growth of successful brands and businesses for some of the main global companies. Currently he is Chief Marketing and Revenue Officer for the Portuguese Football Federation, and besides delivering web/mobile products and digital brand strategies for clients such as P&G, Coca-Cola, Fiat, Pantene, Head & Shoulders, Sky, L’Oreal Professional, Absolut, Nestlé and others, he received the Leaders Under 40 award in 2016.

Paulo is an entrepreneur with over 10 years of experience in tech and digital marketing. He’s worked in England, where he got his Bachelor’s in Computer Science from the London Metropolitan University, and also in Germany. After founding ShiftForward, Paulo is currently the CPO for Velocidi.

CEO at the “Do-Good Startup Company”

Stephanus is currently the CEO for Do-Good Startup Company, socialimpactaapps.com, Token4Good.com,  and FasterCapital. But in his 29 years of experience he has worked in four different continents, on 10 of the world’s most important advertising agencies, on many of Hollywood’s film studios and even a few american TV networks. He’s a veteran in the startup sector, with ample leadership skills as well as knowledge about technical and operational production.